Hey! My name is Kristen and this is my story.

When I was growing up, I can remember dreaming about the day I would get married and have babies. I was the girl that wore a white pillowcase on my head as I adored my mother’s wedding dress hanging in her closet. I was the girl that put a basketball under her shirt and had names for every doll I owned. Playing with baby dolls was my life as a child and nothing brought me more joy! In fact, I can remember one Christmas in particular where Santa brought me REAL diapers for my baby dolls and I was the happiest girl in all of West Virginia that Christmas!

Often times in today’s world, having a heart for the home is viewed as less important than climbing the corporate ladder. Despite that viewpoint, my biggest dreams were to always get married, take care of my husband, and home while raising a family. This isn’t to say that I do not enjoy working and bringing home a paycheck, or that I do not have hobbies and interests outside of the home, because I most certainly do. It’s just that to me, the home is the foundation for everything else and I have always felt drawn there first. 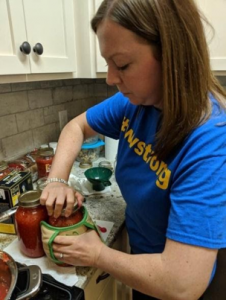 On Thanksgiving Day in 2015, two years into our marriage, my husband and I found out we were pregnant! We were overjoyed, nervous, scared, excited… all the crazy emotions you feel when you are about to embark on a life changing journey that is completely unknown territory. The pregnancy was smooth for the most part; other than the gestational diabetes…ugh. Our bundle of joy arrived in August of 2016 after 36 hours of intense labor. He immediately stole our hearts and we had never felt a love so deep. 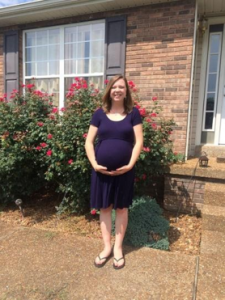 The months went by quickly from the outside but on the inside, I was falling apart. Everything was a struggle. I ended up not being able to nurse him, sleep was nonexistent, and once he started on solids, he began refusing his bottle.

I am the wife of a Game Warden, so my husband has very busy seasons. Translation: I was home by myself most of the time with a new baby. Before my son was born, I was a Park Ranger and I quickly realized that I was going to have to find a different job before my maternity leave was over. Although a park ranger and game warden sound similar to most, the jobs do nothing but clash, especially when it comes to scheduling! What I thought was going to be the best season of my life ultimately turned into one of the darkest and loneliest times of my life: I was on the hunt for a new job. I was missing my family and friends that I had moved away from when I got married. This thing, motherhood…. This thing I had been waiting my whole life for turned into something that I felt I was ultimately failing at.

I was hopeful that his sleep would improve but 6 months came, then 9 months, then 12 months, and 18 months. At this point, he was still waking twice through the night and waking at 4:30AM consistently to start his day. I didn’t know how to help my son. He was so exhausted (as was I!) and I felt like the worst mom there ever was. Babies eat, sleep, and poop right? Well mine didn’t sleep and I also struggled with his eating for 4 loooooong months where I ended up consulting with a feeding therapist. All I knew was that this was affecting every area of my life for the worse and I felt helpless. I was in a state of intense vulnerability. My marriage was struggling, I had made a career change, I was far away from my family and friends, and my self-esteem might as well have not existed.

I came across an ad on Facebook for the Sleep Sense Program. By this point, I was exhausted from reading and trying things that all seemed to contradict each other and I felt like I had nothing to lose by taking a leap of faith. Within one week ,my son slept 11 hours of consolidated sleep consistently and took a two hour nap during the day. And just like that, our family was rested!

I gained my confidence back as a mother and my marriage took a turn for the better. I no longer felt alone. I began to feel the Lord leading me in a direction to become a sleep consultant myself. I started believing that I have a voice and that there was life and truth I needed to speak to mothers that were struggling just like I had. This season of life, raising young children, is certainly a time to be celebrated and to enjoy! I am not sure where the misconception comes from that being a parent means staying exhausted, miserable and ultimately sleep deprived. I believe that is nothing short of a lie. This is an incredible season of life that was designed to be fulfilling. 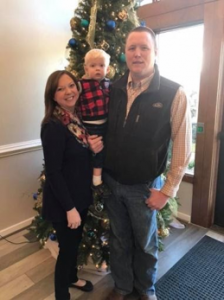 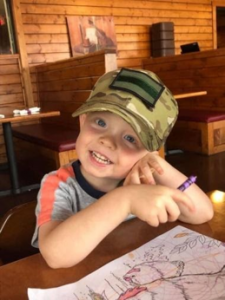 Our bodies were designed for sleep. We biologically have to have it in order to function as we were designed to. Take stage 3 and 4 alone in a sleep cycle… stage 3 rejuvenates our immune system (among many other things), and during stage 4, our brain organizes all the information from the day. I am not sure why there is such a stigma in society that being a mother means staying exhausted. Self-care is not selfish. Motherhood is a constant state of service and it is impossible to serve with a joyful heart out of a cup that isn’t replenished with rest. I am NOT saying that there aren’t long days or exhausting moments, but the overall experience of being a mother was not designed to be in a complete and utter state of exhaustion.

I spent a lot of time praying about starting my business. The Lord very heavily put John 10:10 on my heart which says, “The thief comes only to steal, kill and destroy; I have come that they may have life, and have it to the full.” 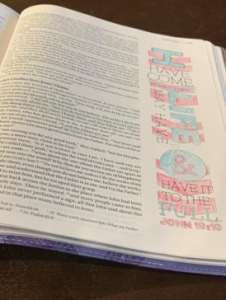 I can remember a sermon from my preacher growing up that has always stuck with me. He wrote out a word on the white board like this:

The best lies are always so believable! The thief specializes in masquerading and lying. He knows just how to lie in a way that portrays just enough truth to make it believable. What a loser.

No judgement. No shame. No mom-guilt. Are you worn out from complete and utter exhaustion? Rest your soul, Mama. There is hope. Reach out!